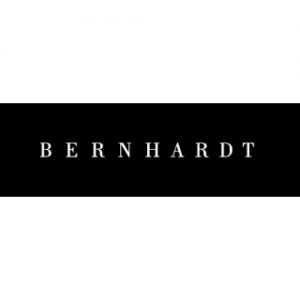 Beginning in 1889 John Mathias Bernhardt established professional values that his company would adhere to over the next 125+ years including: creating quality furniture…and a deep commitment to people and relationships.
After his move in 1860 to the western North Carolina town of Lenoir, John Mathias Bernhardt’s rural lifestyle became even more challenging at age 13 when both of his parents died within 60 days of each other. Left to face life as orphans, John and his older brother, Lynn, eventually went to work at a local general store. But unlike his brother, who stayed in the retail trade, John was destined for adventures out west in territory that became the state of Oregon. He secured a job as a government surveyor assisting settlers in the wild frontier, a post that nearly claimed his life. Had it not been for an Indian guide who saved him from a winter bout of pneumonia, J.M . Bernhardt and Bernhardt Furniture Company would not be known to us today.

After a time John returned back to Lenoir and saw an eye for opportunity. First, he started his own sawmill and began buying timber. Then in 1889 he organized a company to manufacture furniture out of the native white oak. Bernhardt’s vision ultimately led him to connect with distributors and merchants in large cities such as Chicago and New York City in order to supply sturdy oak bedroom furniture to people who lived as far away as the Rocky Mountains. This eager North Carolina entrepreneur began making an impression on the urban businessmen who would ultimately come to know his reliability and integrity.

Bernhardt’s grasp of possibilities outside his locality and his willingness to work hard enabled his young company to survive and grow. As Bernhardt’s fledgling enterprise built facilities and honed the skills of its craftsmen, the company earned a reputation for making high-quality furniture that was both durable and beautiful. Known for intricate oak-grain finishes, Bernhardt sold thousands of sturdy chests and tables costing less than $4 each. Cabinets and cases were stacked like bricks and loaded into freight cars for transport to cities across America. The first Bernhardt furniture was constructed from quarter-sawn white oak. This sturdy furniture was stacked and shipped by train, without protective cartons.
Bernhardt entered the 21st century grounded in the values that sustained it in the 19th and 20th— yet fully committed to being as fresh, alert, and aggressive as companies of any age. Appropriately, Bernhardt welcomed the new millennium by opening yet another domestic factory for its growing fabric and leather business.

This was also a period that brought Bernhardt into the national spotlight when they were selected by Martha Stewart in 2001 to produce a line of licensed furniture and in 2006 with a licensing venture with the Smithsonian Institution.

In 2008, the company moved in a new direction with the debut of Bernhardt Interiors, a curated whole home collection of eclectic, customizable, high design furniture. And in 2009, Bernhardt Furniture launched a new division, Bernhardt Hospitality, with a separate sales force to supply stocking and custom furniture to the hospitality marketplace.

Through the years, Bernhardt designs have garnered a host of prestigious awards from industry experts and the media. Among those awards, the American Society of Furniture Designers (ASFD) has recognized the excellence of Bernhardt’s designs with multiple Pinnacle Design Achievement Awards.

Today, Bernhardt is one of the largest family-owned furniture companies in the world with 3rd and 4th generation Bernhardt family members still actively involved in the direction and management of the family business.

The company operates eight manufacturing facilities and its corporate headquarters in North Carolina and five offices overseas. The company’s “extended family” includes more than 1,250 employees plus dedicated sales people who represent Bernhardt in more than 50 countries.

Bernhardt’s story is a tale of vision, perseverance, and uncompromising commitment to high standards of doing business. This story continues 125 years later with a focus to anticipate and satisfy the ever-changing needs of customers who expect the very best furniture for their homes, offices, hotels and universities.